How to Unlock Android Bootloader Via Fastboot Method

How to Unlock Android Bootloader Via Fastboot Method. We’ll teach you how to use the Fastboot method to open the bootloader on any Android device in this tutorial. Although the final steps are the same for all devices, the path is taken to get there differs slightly. Your OEM could have applied a few extra criteria to the unlocking phase. If that’s the case, you’ll need to go through the prerequisites before moving on to the next phase. Here’s everything you need to know about the topic.

Of all the big advantages that the Android ecosystem has to offer, its open-source aspect is without a doubt at the top. Users are usually spoilt for choice after opening the doors to a plethora of customization options. A simple visit to the Play Store will be sufficient for the majority of users’ needs. They could add custom launchers, themes, icon packs, wallpapers, and ringtones, for example. They might also sideload their favorite applications onto their computers if that wasn’t enough. All of this, though, is just the tip of the iceberg.

The true potential of a computer is normally unlocked by tech enthusiasts who go one step further. They could install a new custom ROM that is completely different from the stock OS on their computer. Then there’s the option to swap out the stock recovery for a custom recovery like TWRP, which allows you to install a variety of plugins, frameworks, ZIP, IMG, and other tweaks. If you want to take it a step further, rooting your computer will grant you administrative rights and allow you to make changes to the system partition.

These are only a few of the customization options available; there are a plethora of other options available. However, there is a significant condition that must be met for each of the above modifications. And that means your device’s bootloader should be unlocked. So, if you’re ready to give these tweaks a shot, here’s how to unlock the bootloader on any Android device using the fastboot process. Follow along with me.

What is a Bootloader?

The first question that might come to mind is what exactly is an Android bootloader. “A bootloader is a vendor-proprietary picture responsible for pulling up the kernel on a device,” according to Google. This is much too much to take in. In simpler terms, a bootloader is a software program that decides which programs should be loaded when your computer starts up.

It also makes it easier for the system to enter bootloader mode. Similarly, every Android device has a few partitions, including boot, recovery, machine, info, and vendors. The Bootloader is a protection mechanism for these partitions, ensuring that their dignity is preserved and that no changes are made to them.

What is an Unlocked Bootloader?

The bootloader acts as a protector for all system partitions, ensuring that no changes are made to any of them. It must ensure that you are running the original software program that came with the unit. But here’s the thing: there’s a catch. This default operating system does not appeal to everyone. There may be several reasons for this. For example, they might dislike the user interface, be opposed to in-app advertising, or be annoyed by the numerous bloatware apps that come pre-installed.

The explanations may be numerous, but there is only one solution: unlocking the bootloader on your Android computer. As soon as you do so, the system can remove any limitations on the level of customization you can achieve. You could get a bootloader unlocking alert message at boot time, but that’s it. There will be no restrictions on taking advantage of the advantages that an unlocked bootloader provides. But, first and foremost, what are these advantages? Let’s take a look.

Advantages of an Unlocked Bootloader

If your Android device’s bootloader is unlocked, you can install a custom recovery like TWRP. This will allow you to install mods, wipe various system partitions, backup Nandroid, and install files via ADB, among other things. You can also install several common custom ROMs such as LineageOS, HavocOS, and Pixel Experience if the system bootloader is enabled. Not only will this offer your smartphone a new look, but it can also update the device’s Android edition, even if the upgrade is no longer officially planned.

Similarly, Magisk allows you to gain quick access to system-level files and make changes as required. Rooting the unit is a more straightforward term for this. We might go on and on about the advantages, but there’s another side of it as well. The process of unlocking the bootloader on an Android device comes with a number of risks. So, before you begin the measures, make sure to review the risk factor mentioned below.

Unlocking the bootloader comes with a number of drawbacks. For starters, your computer is now more vulnerable to attacks. Additionally, your OEM can render the device’s warranty void and null. Similarly, some banking applications, such as Google Pay, and games, such as Pokemon GO, do not work properly. Similarly, you will be downgrading your Widevine Certification from L1 to L3, which will prevent you from watching Netflix in HD. The process is risky in and of itself, and if performed incorrectly, it may brick your computer or cause it to bootloop.

But now you’re aware of all the benefits and drawbacks. If you’re ready to go, follow the steps below to use the fastboot method to unlock the bootloader on any Android device.

How to Unlock Android Bootloader Via Fastboot Method

Before we start opening the bootloader, let’s take a closer look at what a bootloader is and what benefits or drawbacks you’ll get once it’s unlocked. We’ve broken down the unlocking process into basic steps to make it easier to understand. Follow along with me.

Warning: Before we start unlocking the bootloader, I highly advise you to make a backup of your device’s storage and all of the files stored on it. The data on your computer will be erased if the bootloader is unlocked. Furthermore, to prevent permanent damage or bricking of your system, it is recommended that you carefully follow the steps outlined in this article. If something goes wrong, neither the author nor GetDroidTips are liable.

To begin, make a full backup of your Android device. This is due to the fact that the procedure would delete all of the data on your computer. You may consult our in-depth guide on the topic.

After that, you’ll need to allow OEM unlocking and USB Debugging. The former is needed to start the procedure. The latter will aid in the effective establishment of an ADB link between your system and your computer. The choice to allow both of them can be found inside Developer Option, which is itself secret. Here’s how to make them both work.

On your PC, you’ll also need to install the ADB and Fastboot binaries. This is required for ADB and Fastboot commands to be executed between your PC and your Android device. So go ahead and add the Android SDK Platform Tools to your device.

While the unlocking process on Pixel Nexus and Android One devices is fairly simple, some OEMs, such as HTC, Nokia, Motorola, and HTC, among others, require an unlock token, special codes, or even a specific file. Before you begin the fastboot method of unlocking, you must first complete these criteria. You may use the links below to get support, then follow the instructions and move on to the next level. 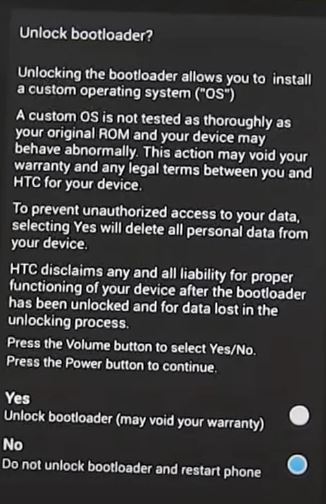 It’s important to remember that the first boot will take some time; this is perfectly natural. Another point worth noting is that your system can still use the older fastboot OEM unlock command even if it was released after 2015. If the fastboot flashing unlock command fails in your case, you should try the first option.

You’ll also see the Unlocked Bootloader alert message after each boot, which is nothing to be concerned about. Since your laptop has been cleaned, you will need to sign in with your Google account when it boots up. On that note, please let us know if you have any questions in the comments section below. Finally, here are some iPhone Tips and Tricks, PC Tips and Tricks, and Android Tips and Tricks you can look into.

How To Unlock/Bypass FRP Lock On Samsung Smartphones