Where is Golden Mirado in Miramar Map Pubg Mobile? Steps to find a new Golden Mirado car on the latest Mad Miramar map in PUBG Mobile. Only one Golden Mirado is on the full map, which could make it tricky to locate it.

PUBG Mobile launched its 0.18.0 update on 7 May 2020 with Miramar 2.0 and Golden Mirado as the main highlights. Miramar 2.0 is not a new map, but an updated version of the classic Miramar with a bunch of add-ons. The map has a lot of features including a race track, new areas, and more.

Also Read: How to Get Free Pubg Mobile Skins with Free Redeem Codes

However, the Golden Mirado is one of the most excited players. The car is spawned at only one spot on the map that could make it a tricky proposition. In this post, you can learn about the exact location of the Golden Mirado on the Mad Miramar map of PUBG Mobile.

The Golden Mirado can only be found on the Miramar 2.0 map. As a result, each player needs to download the map first. After you start the game, mark the position as shown in the image above when you’re on a spawned island.

After the match begins, land on the designated location (Hacienda Del Patron) where you’ll find a large house. What you’ve got to do is find the garage where the Golden Mirado will be available to drive. Since it is spawned only at a single spot, players should be able to enter it as soon as possible before other players do so. 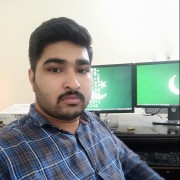 How to track lost mobile with IMEI number

How to Block a Number on Android Device

How to Get Free Pubg Mobile Skins with Free Redeem Codes

Please consider supporting us by disabling your ad blocker