Top 6 Screen Recorder Apps For Android.  Despite the fact that they do have a built-in screen recorder, they lack certain advanced features. Native screen recorders, for example, do not allow you to change the frame rate or bitrate, include a selfie camera in the video, select a higher resolution, record internal audio, or do anything else. You’ve come to the right place if you’re looking for any of these features. 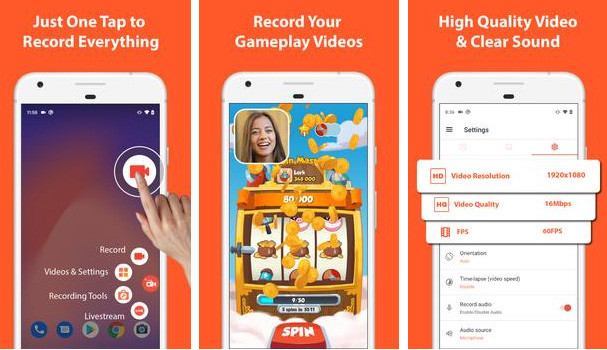 Recording screen: Stable and fluid screen recording is provided by AZ Screen Recorder. You can easily capture popular mobile game videos with this screen recorder; you can record video calls with family and friends…

There are a lot of free features offered by AZ Screen Recorder:

Screen Recorder – XRecorder makes it easy to capture smooth and transparent screen videos and screenshots. You will no longer be able to skip live game shows or significant events. Download XRecorder, the best screen recorder, to record everything you want. Supports recording game screens in the highest quality, 1080p, 12Mbps, 60FPS, with the free screen recorder in FULL HD Screen Video Recorder. You can, of course, record your screen with different resolutions (240p to 1080p), efficiency, and frames per second (FPS) (15FPS to 60FPS). 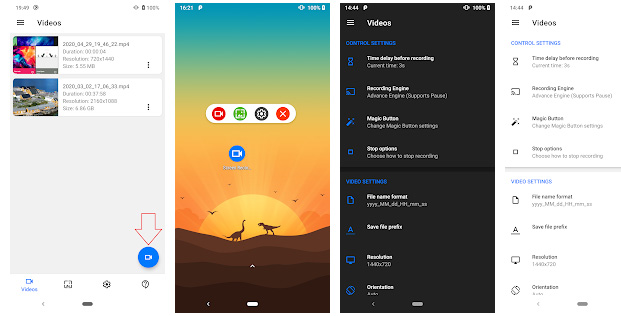 Toggle the blue button make all permissions available. To begin using, click the blue button once more. On the notification panel, you can use fast tiles (screen recorder, screenshot capture) (From Android 7.0 and higher)

Note:  For Android 6.0 devices only. You must grant OVERLAY PERMISSION as well as other permissions. 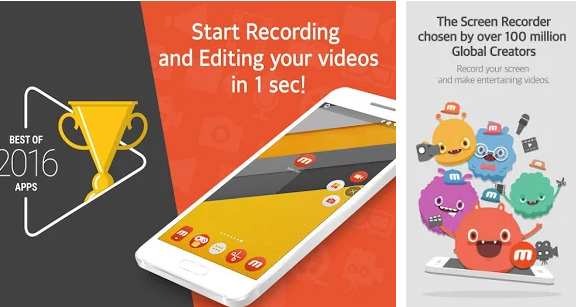 The highest quality is provided: 1080p resolution, 12.0Mbps quality, and 60 frames per second. Facecam allows you to capture game sound and your speech while capturing your reactions. You can capture long videos and save them to External Memory (SD Card) without worry!

(Trim, Cut, Images, etc.) Use a variety of video editing features to improve the quality of your video. To make a  personalized video, add your favorite BGM as well as an Intro and Outro Video. Clean Recording Mode allows you to record a clean screen without a watermark! 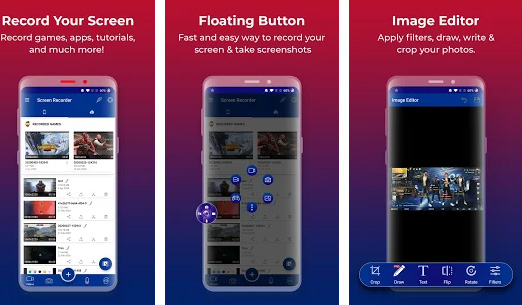 Using the front camera, you can record both your own video and the smartphone screen at the same time. This is the best choice for capturing any app’s tutorials. This feature is useful for software developers who want to capture a video to demonstrate how to use their applications.

Screen Recorder is a no-root screen recorder app that allows you to record and capture your smartphone screen in video formats with or without the use of the front camera. Stream games, live events, and other content to YouTube, Facebook, Twitch, and Game See.

There is no need for an internet connection.
We don’t upload any recordings to any cloud network or server, so the Screen Recorder HD app doesn’t use any data or internet. All of the videos are stored and saved on the phone’s/SD card’s internal memory.

Storage in the Cloud
With the support of this Screen Recorder app, users can make storytelling presentations, videography of still images, and upload them to a video streaming cloud. The user of the Video Sharing App can share it through Facebook video, YouTube, email, Bluetooth, or any other method. Game users can use the Screen Recording video feature in our app to record their gaming round while playing. 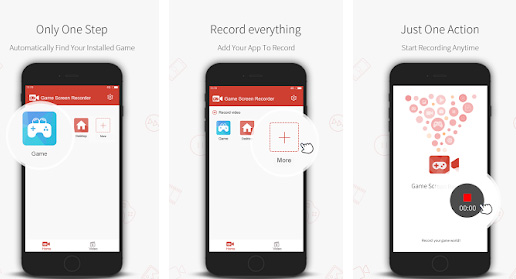 Some old-version (default OS is 4.0 or even older) tablets, despite having re-installed a 5.0+ device via third-party Rom, are unable to set a record due to system limitations. We strongly advise you to record using your cell phone. Match Screen Recorder is a premium game and screen recorder app. You can easily record your game video and share it with your friends without having to root your computer.