Ephemeral messages now arrive on the Windows 10 version of WhatsApp Desktop. Recently, the WhatsApp Desktop edition for Windows 10 has been updated to version 2.2045.19.0. of the app, and this update has included some enhanced functionality, bug fixes, and self-disappearing message features.

New functionality introduced by WhatsApp for its different versions for Android, iOS, and now WhatsApp Mobile Desktop is Self-disappearing messages or Ephemeral messages. This feature lets users opt to let their messages be removed by WhatsApp after a duration of 7 days.

There are some critical things to understand how ephemeral messages or self-disappearing messages work, as per Changelog, first spotted by WBI. First of all, any of their connections may be sent ephemeral or temporary messages by users. These messages will stay in the chat for 7 days, as mentioned above, but they will self-delete after that. Now in individual chats, both the participants can activate and disable this function as per their wish.

But in group chats, the feature can be activated or disabled by group administrators only. Secondly, assume someone sends you a WhatsApp message that you haven’t opened up for 7 days. After that, the message will self-disappear, but once you open the chat, its preview will still be visible in the notifications.

A significant thing to note is that even after 7 days, it will remain noticeable in the form of quoted text in the chat window when you quote a reaction to an ephemeral post.

If you get an ephemeral post, and before it gets disappeared after 7 days, you back the chat up, then that message will remain available and it will also be included in your backup. When your backup has been restored, only then can your ephemeral messages erase themselves. 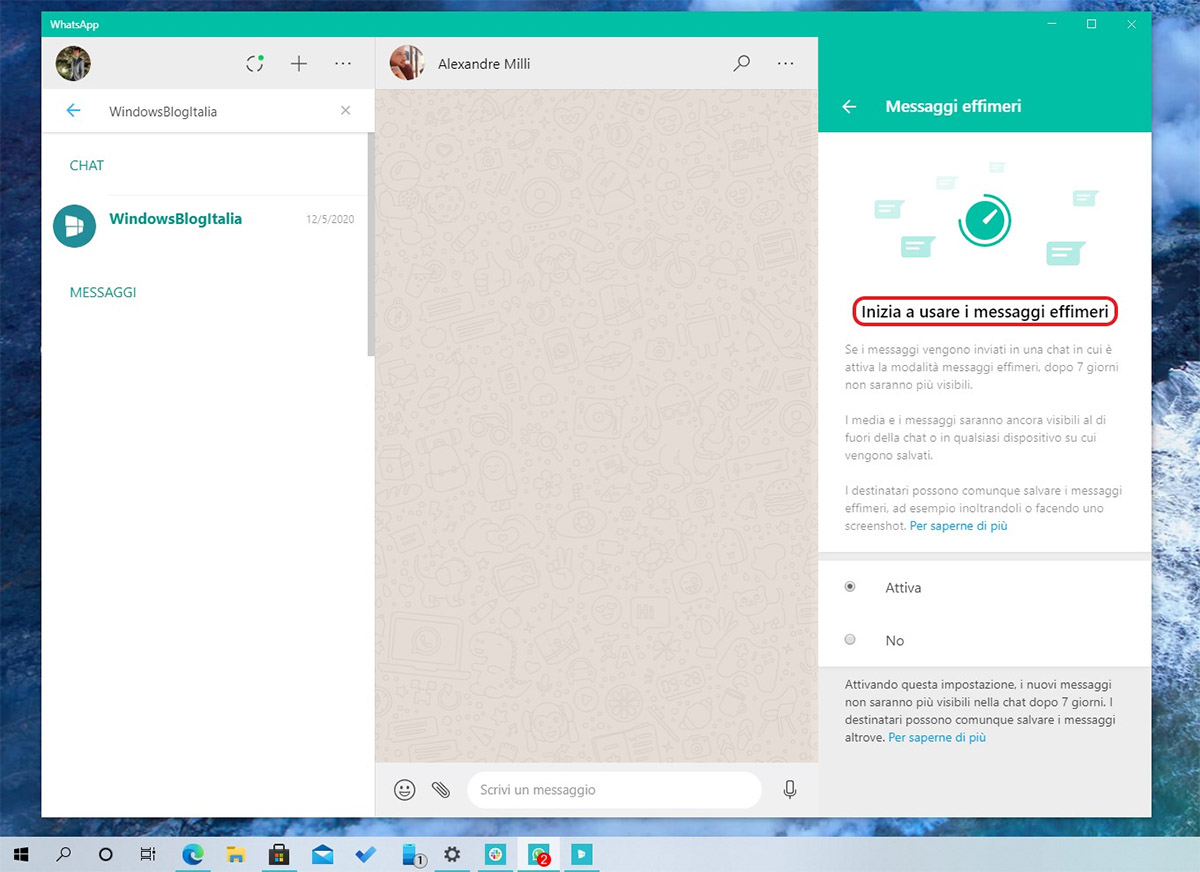 When you access a media file, unless you have switched off the media file auto-download function, it normally auto-downloads itself in the phone gallery. Now, if you have the self-disappearing message feature enabled, your auto-downloaded media files will be temporarily accessible in the chat windows and will disappear after 7 days. But they will remain in the storage of your phone, so everything will not be lost.

So, it was all about the features of ephemeral or self-disappearing texts. Besides this, the latest desktop update of WhatsApp has also come with some bug fixes and a number of performance improvements.